Photo by Tatiana on Pexels.com

So, we’ve probably all known someone at some point in our lives that fits in the “negative” category among our acquaintances.

You know who I’m talking about…

…the one with the extraordinary gift of finding something bad in every single situation, the reverse-Pollyanna character, the “glass half-empty” type, the guy with a “woe-is-me” complex.

…the one always posting depressing social media statuses and depressing comments on everyone else’s posts.

…the one that comes into your vicinity and you can literally feel the positive energy being sucked out of the air before they even fully enter the room.

…the one that would probably have their picture superimposed over Eeyore’s in the Disney character index.

Any of those descriptions sound familiar? END_OF_DOCUMENT_TOKEN_TO_BE_REPLACED

As in the days of knights and castles in which an experienced wielder’s sword was like an indispensable extended arm, we too, in the days of the pen being mightier than the sword, have come to have our own essential extended arm–the smart phone.

And contrary to what the label would suggest, smart phones are not used primarily for their phone apps.

You know the saying, “You can’t live with it, you can’t live without it”? I think the realm of social media is an apt use of that saying. Our grandparents and great-grandparents would probably never have guessed the massive influence that technology and specifically the cyberworld would have upon their descendants. And as with any great cultural phenomenon, this one also comes with both its blessings and curses.

From William A. on his site “PushUP24,” here is an eye-opening look at the world of social media and how it has wedged its way into our lives with unexpected consequences–and what we should do about it. 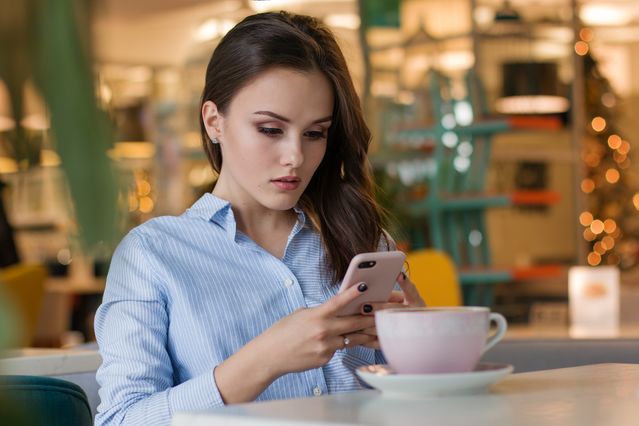 A couple of years ago, a friend matter-of-factly dismissed the research findings that led to my new book on the psychology of social networks, Facebuddha. She said “social media is here to stay.” Indeed, social media has attained such a ubiquitous, overwhelming presence and power in society that it seems unthinkable that we could ever […]

via Is Facebook Destroying Society and Your Mental Health? — PushUP24

Hey, my name is Heather - writer, muser, book-lover, photographer, Jesus follower, among many other things. Welcome to my blog, where I talk about life, books, random thoughts, and whatever God has been teaching me recently. I hope that you'll stay a while and I'd love to hear from you!

Learn more about me...

A Word A Day

Word of the Day

Word of the Day provided by TheFreeDictionary.com
Quote of the Day

Quote of the Day provided by TheFreeDictionary.com
Article of the Day

Article of the Day provided by TheFreeDictionary.com
This Day in History

This Day in History provided by TheFreeDictionary.com
Today's Birthday